Serving at Grace since 2015

Pastor Jacobson was born in Milwaukee, Wisconsin. His decision to enter the ministry was influenced by two factors: His years in confirmation class and the influence of his older brother Andrew, a pre-ministerial student who was called home to heaven at the age of 20. Pastor Jacobson is married to Amy and they have four children.

During his ministry, Pastor Jacobson has served as an associate pastor at Redeemer Lutheran Church in Tucson from 2004 through 2009. He then served as mission pastor to Redeemer’s daughter congregation, Dove Mountain Lutheran Church, from 2010 through 2014.

He enjoys participating in many different outdoor activities with his wife and children. Occasionally he has served as a referee for youth football and basketball games.

It’s a joy for him to help people see Jesus as their Savior from sin and their friend in life. 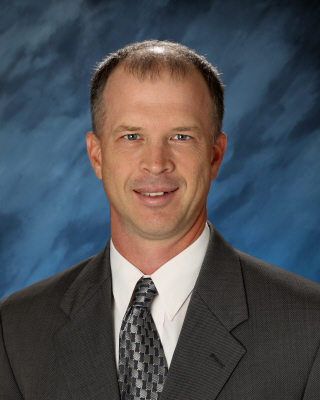 I am the vine; you are the branches. If you remain in me and I in you, you will bear much fruit; apart from me you can do nothing.